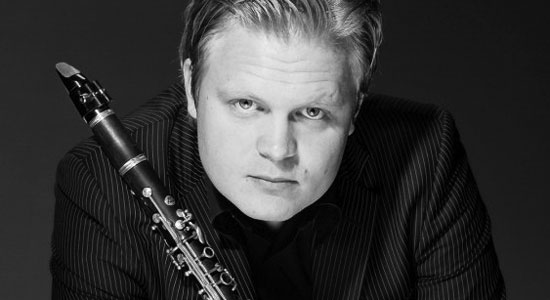 Christoffer Sundqvist (b. 1978,) has been principal clarinettist in the Finnish Radio Symphony Orchestra since 2005, makes regular solo appearances with orchestras and in chamber repertoire and teaches the clarinet at the Sibelius Academy and in master classes. A versatile musician, he has a repertoire ranging from the standard works to new commissions.

In recent years Christoffer has been the soloist with almost all the professional Finnish orchestras. Topping the list of solo engagements with orchestras abroad have been the BBC Symphony Orchestra, the Gothenburg Symphony, the Basel Symphony, the Estonian National Symphony, the Nordwestdeutsche Philharmonic and the Norrköping Symphony Orchestra. Conductors with whom he has collaborated include Jukka-Pekka Saraste, John Storgårds, Sakari Oramo, Okko Kamu, Hannu Lintu, Anna-Maria Helsing and Eugene Zigane. He is also a regular visitor at European music festivals.

Also an active chamber musician, Christoffer was one of the founders of the Arctic Hysteria wind quintet in 1997. Another line-up important to him is the Plus Ensemble. He has played with many other chamber ensembles, given recitals in Finland and abroad and premiered works by Finnish composers Pehr-Henrik Nordgren, Atso Almila, Magnus Lindberg and others.

In order to generate new clarinet repertoire, Christoffer works in close partnership with composers. His collaboration with Sebastian Fagerlund has resulted in a Clarinet Concerto that has won widespread international acclaim, and he has also premiered the works Fuel (2010) and Sonata (2011).

Christoffer has been Artistic Director of the Jakobstad Sinfonietta and is, together with composer Sebastian Fagerlund, Artistic Director of the Rusk Chamber Music Festival founded by them in Pietarsaari/Jakobstad in 2013. The idea of this festival held at the end of November is to bring together top musicians of international renown. In the space of a few days, sometimes surprising events bring people and the arts together in joint experiences. 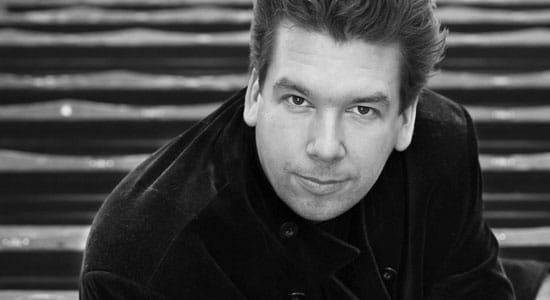 Sebastian Fagerlund (b.1972) has rapidly emerged as one of the most interesting young Finnish composers of his generation. Currently Fagerlund works as a freelance composer based in Helsinki.

His music has been described as flowing, fast-moving and rich in sound. The fast flow and rhythmic elasticity are often offset by fragile and lyrically sensitive episodes, and the shift between mobility and immobility is in fact one of the salient features of Fagerlund’s music. A highly virtuotic instrumental feel and a strong sense of musicianship is manifested in all his works creating musical dramas in which powerful expression is combined with intensity and communicativeness.

His main œuvre has always been the orchestra. The premiere of his Clarinet Concerto was a roaring success in 2006 and has lead to a growing number of commissions and performances by numerous major orchestras, outstanding musicians and festivals all over the world. Fagerlund`s list of works includes also vocal-, choir-, chamber-, and solo music.

In 2011 Fagerlund was awarded Finlands most renowned music prize, the Teosto Prize, for his orchestral work Ignite. The same year Ignite was also selected as a recommended work at the International Rostrum of Composers 2011 in Vienna.