Daníel Bjarnason studied piano, composition and conducting in Reykjavík, Iceland before leaving to study orchestral conducting at the Freiburg University of Music, Germany.

As a composer, Daníel has worked with many different orchestras and ensembles including the Los Angeles Philharmonic, the Ulster Orchestra, Winnipeg Symphony Orchestra, Britten Sinfonia, Adelaide Symphony Orchestra, Nieuw Ensemble Amsterdam and Sinfonietta Cracovia. Besides regularly conducting his own music he has worked with conductors such as James Conlon, John Adams, Ilan Volkov, André de Ridder and Alexander Mickelthwate. 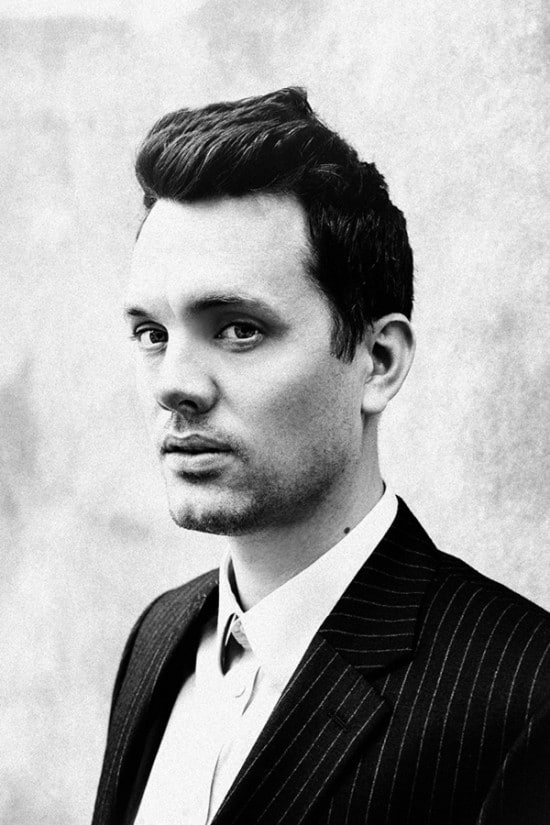 Daníel is currently writing several new works including a large orchestral work for the Los Angeles Philharmonic and Gustavo Dudamel for the 13/14 season. Other commissions include a new percussion work for So Percussion commissioned by the MusicNOW festival in Cincinnati and a new reed ensemble/choral work for Calefax and Nederlands Kammerkoor which premieres in 2014. He is also putting the finishing touches on a new album of orchestral music which he plans to release in Autumn 2013 on the Bedroom Community label.

2012 saw Daníel premiere two new works. The Isle Is Full Of Noises, written for orchestra and children’s chorus, was commissioned by the Los Angeles Childrens Chorus and American Youth Symphony. The premiere took place in early March and was conducted by James Conlon. Over Light Earth, a chamber orchestra work commissioned by the Los Angeles Philharmonic and the Barbican, premiered in early October and was conducted by renowned composer John Adams. Both world premieres took place in the Walt Disney Concert Hall in Los Angeles.

Daníel’s versatility as an arranger and conductor has led to collaborations with a broad array of musicians outside the classical field. In November 2011 Daníel collaborated with composer Ben Frost to create Music for Solaris, a new work for string orchestra, percussion, prepared piano and electronics. This work was written, arranged and performed by Ben Frost and Daníel Bjarnason, and received its World Premiere in Krakow, Poland in October 2010. The live performance features visual manipulations by Brian Eno and Nick Robertson. The North American premiere took place at the Lincoln Center, New York in April 2011, and in November 2011 the studio recordings were released through the Bedroom Community label. This work has since been performed live throughout Europe and the US, and received its Australian premiere at the Adelaide Festival in March 2013.

Daníel has won numerous awards and grants and in 2008 and 2011 was awarded a special recommendation for his work at the International Rostrum for Composers. In 2010 he was nominated for the prestigious Nordic Council’s Music Prize, and won the Kraumur Music Award. His 2012 compositions, The Isle Is Full Of Noises and Over Light Earth won him the prize for Best Composer at the 2013 Icelandic Music Awards.

Daníel’s string arrangements can be heard on the new Sigur Rós album, Kveikur, which was released in June 2013. In 2012 he contributed the score to the feature film The Deep. The composition was awarded Best Film Score at the Icelandic Film And Television Awards in 2013 and nominated for Best Original Score at the Harpa Nordic Film Composers Awards 2013.