In Galleri Gro Cesare has worked with a group of students from Fine Art Department/ Novia: Emilia Kannosto, John Sjöberg, Valter Kuni, Anna Holmlund, Niclas Kangas, Eleonora Hagström, Tanja Fagerholm, Nicoline Aspvik, Mikaela Boxström, Michel Ruths, Marja Seppälä, Benjamin Forsell, Kristiina Hallantie. The concept of the workshop “An expanded concept of drawing” is to explore and experiment, through a group work, different options and possibilities for conceiving, producing and distributing drawings: repetitive patterns, preterintentional or random ways of crating images, projective interpretations of shapes, playing with the title and/or the signature and/or the caption of the drawing, imagining alternative ways of distribution and drawings made for senses other than visual, inventing specific obstructions or variations on given themes, playing with the invisible, using words or texts as elements, giving value to mistakes etc. 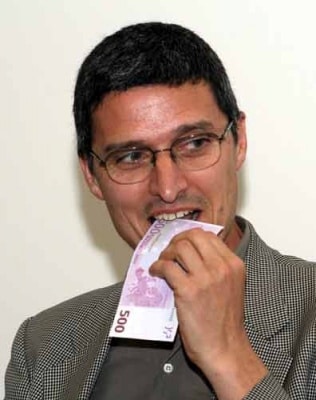