Met continues its long-awaited serial with winter opera for the whole family. This winter we get to see the wonderful Cinderella by Massenet. Watch the opera in Schauman Hall 22nd of February 2022.

Met’s Family Opera in January is an abbreviated English-language production of Massenets Askungen. We get to experience Laurent Pelly’s charming storybook set that was a success at the Met during the 2017-2018 season. The opera has been re-translated by the famous librettist Kelley Rourke. Mezzo-soprano Isabel Leonard plays the role of the princess.

It is the most beloved tale of them all: a young, beautiful and woman overcomes the iniquities of the stepfamily against her, takes help of her godmother who is a fairy, wins the heart of the royal suitor and lives happily ever after. For almost two thousand years, versions of Cinderella’s story have spread all over the world, and inspired the interpretation of countless writers, playwrights, musicians and filmmakers. In the fin-de-siècle opera by Jules Massenet, the virtue of the title character becomes more gripping through her grief – sometimes even despair. In addition to the iconic elements familiar from Charles Perrault’s saga – the carriage made of a pumpkin and the lone glass shoe – Massenet adds comedy, romance and melancholy to his opera.

This set by director Laurent Pelly literally brings the storybook to life. Inspired by an edition of Perrault’s Cinderella illustrated by Gustave Doré, which Pelly read as a child, the set is permeated by the storybook’s physical, typographic material. The set recreates the pages of a book, with black and white text forming the walls of the stage, and the characters’ and prop’s shapes look like large cut-out letters. With its mix of humor and darkness that reflects the suspense of the fairy tale genre itself, as well as its fantastic costumes and scenery, the set creates a magical landscape seen through a child’s eyes. 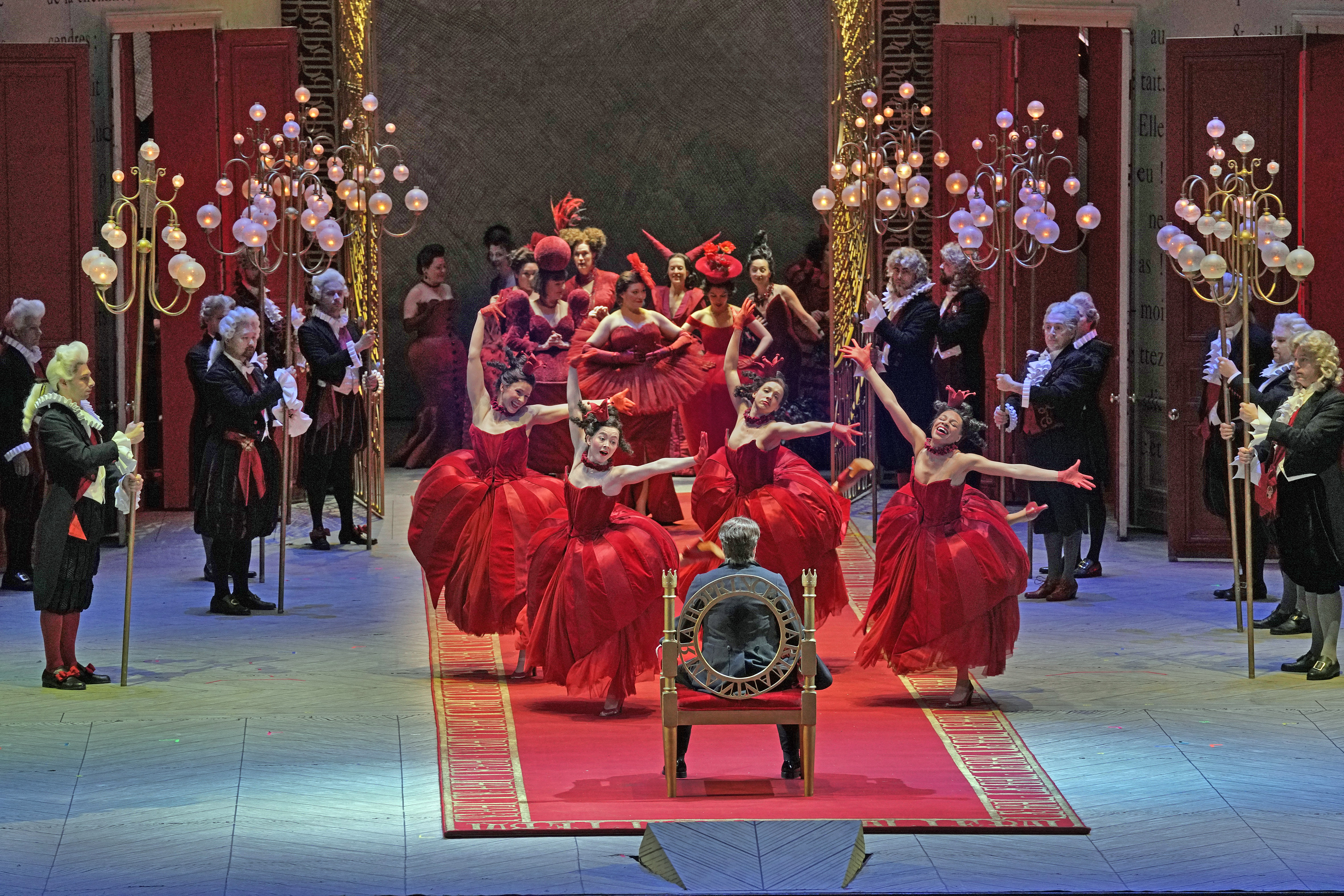